Save Bristol Bay - No Pebble Mine!

"Save Bristol Bay - No Pebble mine!"
Lecture by Robert Glenn Ketchum

Monday, March 14, 2011
Reception: 6:30 - 7:30; Lecture: 7:30 - 8:30
For 45 years Robert Glenn Ketchum's imagery and books have helped define contemporary color photography while at the same time addressing critical environmental Issues. In 2010, American Photo magazine featured Robert Glenn Ketchum as the 5th in their series of American Master photographers including him with such luminaries as Henri Cartier-Bresson and Richard Avedon. Ketchum is a Founding Fellow of the International League of Conservation Photographers.

Ketchum's distinctive prints are in numerous major museum collections including the Metropolitan Museum of Art (NY), the National Museum of American Art (DC), Museum of Contemporary Art, Los Angeles and the Museum of Modern Art (NY), to name a few.

Ketchum's work in the Tongass rainforest of Alaska is one of his most visible successes and has been acknowledged as helping to pass the most significant timber reform legislation in American history. Ketchum has been working since 1998 to protect Bristol Bay, the most productive wild salmon fishery in North America. Bristol Bay and the habitat that supports it, is located in southwest Alaska. Recognizing his effort, Secretary of the Interior, Ken Salazar gave Ketchum the "Partners in Conservation Award" in 2010. The threat to Bristol Bay is proposed as the largest open-pit copper and cyanide gold-leachmine in the world. Called "The Pebble Mine", would be situated in the headwaters of the fishery, between two national parks, three national wildlife refuges, and four state designated parks. 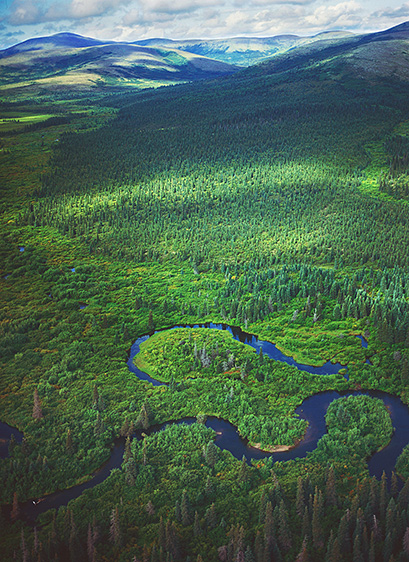 #rgk
#lbp
Posted by LittleBearProd at 7:00 AM