Weekly Post, ARCTIC: At the Cutting Edge of Climate Change (#101+)

ARCTIC:  At the Cutting Edge of Climate Change
by Robert Glenn Ketchum 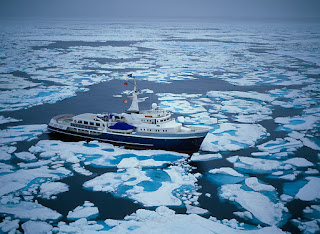 In 1993, I began traveling to the Arctic. I have been across The Northwest Passage by yacht; to the North Pole twice; to little-visited Russian islands; and aboard research vessels in Greenland, Labrador, Newfoundland, and Baffin Island, taking the opportunity to visit Iqualuit, the capital of Nunavut, the recently created Inuit nation and territories.
~Robert Glenn Ketchum 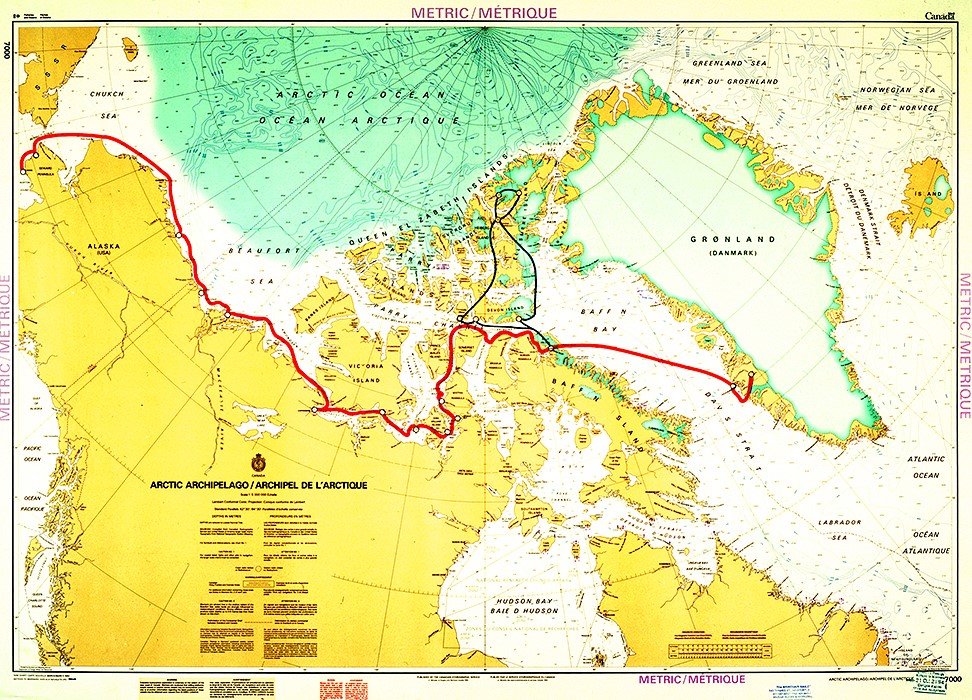 ARCTIC:  At the Cutting Edge of Climate Change, #247
ARCTIC, #247:
This is the last post for this Northwest Passage blog. Appropriately, it is a map of our journey, compiled for us by Captain Jouning. As you will recall, our adventure began in Nome, AK, to the far left. Trying to avoid the pack ice, we hugged the coastline of the Alaskan North Slope and Canada, as we progressed. This blog recounts the many places, and villages, at which we stopped along the way. If you look carefully, you will see that shortly after our trip turns North, there are red dots. That marks the spot where “Itasca” became trapped in the ice of the James Ross Strait for several days. Once we freed ourselves, and turned East, we reached the coast of Baffin Island and dropped anchor at the town of Pond Inlet. It was here that Bill Simon commandeered a cargo plane and two pilots. who allowed us to join them for some flightseeing. Our plane visited some historic, locations, the town of Resolute, and then flew North to Eureka Base, where we spent the night. The next day we visited Otto Fjord, returned to Eureka to fuel up, and then headed back to Pond Inlet with an attempted stop at Grise Fjord that nearly killed all of us. It was a great privilege for me as a photographer to get to view this vast Arctic landscape, so I thank my shipmates for having me along, and I hope all of you think my photographs have done justice to a part of the world you might never see.