A new chapter opened today in the battle against the proposed Pebble Mine, as the World Conservation Congress overwhelmingly adopted a motion opposing the embattled mega-mine and other large-scale mining in the Bristol Bay region of southwest Alaska and urging the U.S. government to prevent the issuance of permits. With this action, an international body has for the first time formally joined longstanding opposition to the massive copper and gold project — a project that, for years, has been the focus of a relentless, broad-based campaign in Alaska and the lower 48 states to stop it.

CONTINUE READING THIS POST »
Posted by LittleBearProd at 11:30 AM No comments:

In 1990, I was invited on a 10-day float down the Tatshenshini, a huge river system flowing from Western Canada to the Pacific Ocean that literally divides two of North America's largest national parks, Canada's Kluane National Park and Alaska's Glacier Bay National Park. A gold mine was being proposed mid-river. I broke the story in LIFE magazine. There were many other articles and a book. The mine was never developed and the river is now a wilderness corridor. This is a conservation SUCCESS story! 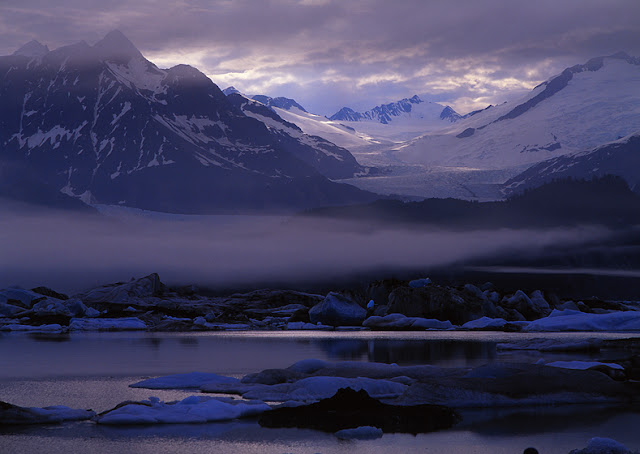 TATSHENSHINI:  Saving a River Wild, #116
TATSHENSHINI - Saving a River Wild, #116:  With boats reloaded and preparing to leave, I stood on the shore of our camp and gazed at the amazing view of Alsek Lake and the surrounding summits one more time. The clouds lifted a little, the sky opened, and sunlight filtered through onto the the glaciers on the other side of the lake. THIS IS WILDERNESS! And this wilderness is one that I helped to create using words and pictures. How fortunate can someone be, to be part of a collective group that helped to create the largest contiguous, legally protected/designated wild lands in the ENTIRE world. My career has been blessed with some unique adventures, and some of them are conservation success stories as well, so although this blog now closes, I hope you will follow others that I post weekly ( http://rbtglennketchum.blogspot.com ), and if you are particularly interested in how I have used my work on behalf of conservation, please follow:, the recently launched, and next week, the debut of THE TONGASS - Stop the Cut, There are Salmon in the Trees. Thank for following my tale of the Tatshenshini. I hope you have enjoyed it. (Oh yes, we floated to the airstrip without incident, the planes made their way in through the weather to pick us up, and we were all drunk at the Alaskan Hotel and Bar in Juneau a few hours later - after showering!)
photograph(s) © copyright, ROBERT GLENN KETCHUM, 2016, @RbtGlennKetchum @LittleBearProd #LittleBearProd #Tatshenshini @glacierbaynps @Life @Wilderness #WeAreTheWild  @nature_AK
Follow Robert Glenn Ketchum's Photographic Activism & Art Online:
WEBSITE: http://www.robertglennketchum.com/
TWITTER:  http://www.twitter.com/RbtGlennKetchum
LINKEDIN:  http://www.linkedin.com/in/rbtglennketchum
FACEBOOK:  http://www.facebook.com/RobertGlennKetchum
PINTEREST: http://www.pinterest.com/LittleBearProd/littlebearprod-clients/
VISIT OUR STORE:  http://shop.littlebearprod.com/Artist-Robert-Glenn-Ketchum_c57.htm
SOCIAL MEDIA by @LittleBearProd: http://www.LittleBearProd.com
____________________________________________________

SHANGHAI, OZ of the Orient by Robert Glenn Ketchum

During the reign of Mao (1949-1976), China was a closed country. China in the 1980’s was 80% rural, with no outside visitors, particularly from the West. When China opened to travelers, the Chinese government placed severe limitations on who was allowed to enter the country. These photographs are a continuation of other ongoing blog threads of the first glimpses into China in the mid-1980’s by world-renowned Conservation Photographer Robert Glenn Ketchum. 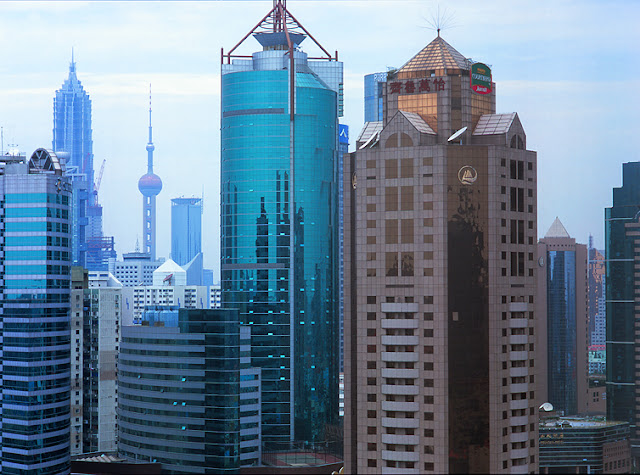 SHANGHAI, OZ of the Orient, #129
SHANGHAI, OZ of the Orient #129 - 1985 to the Present:   This is my final post for this blog. I hope you will continue to follow SILK ROAD, however, as that blog is about the creation of the work that brought me to China in the first place. It has now been 4 years since my last visit and I miss the "emerald towers" of OZ; the strange energy of the streets; the amazing diversity of food; the crazy signage - and so much more. I hope those of you that have followed these blogs about China have enjoyed seeing this evolution of 30yrs. through my eyes. It is not typical to the work for which my career has become known, BUT I WAS THERE and in some degree just became a witness with a camera. Watching the stunning transition of this country was a privilege and I would like to thank UCLA for helping me to become the first American artist to enter the China Exchange Program.
photograph(s) © copyright, ROBERT GLENN KETCHUM, 2016, @RbtGlennKetchum @LittleBearProd #LittleBearProd #China #Shanghai

CONTINUE READING THIS POST »
Posted by LittleBearProd at 8:00 AM No comments: