To Contact Robert Glenn Ketchum, email: rbtglennketchum@gmail.com
For 45-years Robert Glenn Ketchum's imagery and books have helped to define contemporary color photography while at the same time addressing critical national environmental issues. His advocate use of photography has inspired successive generations of image-makers to be purposeful with their work on behalf of social and environmental justice, and led to the creation of the International League of Conservation Photographers, of which Ketchum is a Founding Fellow.

Ketchum and close friend, master printer Michael Wilder, pioneered Cibachrome color printmaking in the early 1970's. They were also among the first contemporary photographers to explore print scale. Ketchum's distinctive and very dimensional prints are in numerous collections including the Museum of Modern Art (NY), the National Museum of American Art (DC), the Museum of Contemporary Art, Los Angeles, and the Metropolitan Museum of Art (NY), to name a few. Significant archives (more than 100 images) have been acquired by the Amon Carter Museum (TX) and the Huntington Library (CA), and substantial bodies of work can be found at the High Museum in Atlanta, the Los Angeles County Museum of Art, the Akron Art Museum (OH), Stanford University Art Museum (CA), the Herbert F. Johnson Museum of Cornell University (NY), and the National Museum of American Art.

As a curator and author, Ketchum has published with Harry N. Abrams, Viking Books, and has 7 individual titles with Aperture. Prior to his emergence as a photographer, he was a widely recognized curator, discovering the Paul Outerbridge, Jr. estate, bringing recognition to the overlooked work of James Van Der Zee, and authoring the historical classic, American Photographers and the National Parks. After publication of this last title, Ketchum began to concentrate on his own politically focused projects and publications such as The Tongass: Alaska's Vanishing Rain Forest, Aperture, NY, 1986. 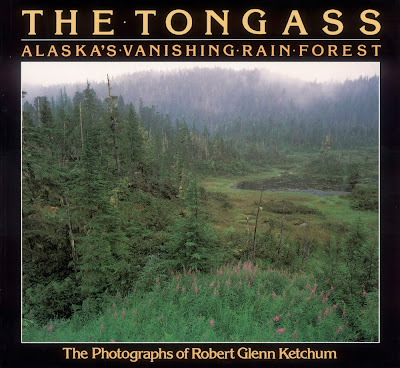 Ketchum's work in the Tongass is one of his most visible successes. and his book, exhibits and personal advocacy are credited with helping to pass the Tongass Timber Reform Bill of 1990. This legislation established 5 major wilderness areas and simultaneously protected more than one million acres of old-growth trees in the largest temperate rainforest in the world. Ketchum's work has been similarly integral to many other diverse environmental struggles including the development of a Hudson River Greenway from the Adirondacks to Manhattan (The Hudson River and the Highlands, Aperture, NY, 1985); the enlargement of Saguaro National Park and mitigation of neighboring resort developments; the acquisition of World Biosphere status for the Tatshenshini River corridor, Canada and the U.S. (2 million acres); the defense of one of the great whale nurseries in San Ignacio Lagoon (Baja) from industrial development by Mitsubishi; creating three new state parks in California; guiding the future planning of 'gateway communities' - cities and towns that lie adjacent the entrance to national parks; several scathing critiques of federal land management policies (Overlooked in America: The Success and Failure of Federal Land Management and Clearcut: The Tragedy of Industrial Forestry); popularizing the Arctic and its beauty to underscore the threat to it from global warming (Northwest Passage); and, contributing to an internet library of images and scientific information about Russia's wild biological reserves. Most recently he has been part of the largest land conservancy negotiation in the history of California, purchasing the conservation easements to the entirety (83,000 acres) of San Simeon Ranch, the well-known William Randolph Hearst estate, for which he has served as the exclusive photographer. 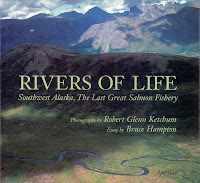 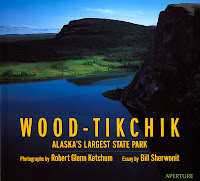 Presently Ketchum has committed 12-years, 2-books (Rivers of Life: Southwest Alaska, The Last Great Salmon Fishery, Aperture, NY, 2001 and Wood-Tikchik: Alaska¹s Largest State Park, Aperture, NY, 2003) and a national traveling exhibit to protecting the parklands and wildlands of Southwest Alaska and offshore fishery of Bristol Bay from the industrial invasion of oil and gas leasing and a huge open pit mine. In 2010, the Obama administration withdrew Bristol Bay from oil and gas lease consideration and Secretary of the Interior, Ken Salazar gave Ketchum the 'Partners in Conservation Award'. The habitat and parks of Southwest are still at risk however, because of the development of the Pebble Mine, proposed to be the largest open-pit copper and cyanide gold-leach mine in the world. Ketchum feels allowing this mine to be built is trading a dangerous extraction industry for a very valuable clean food resource and the public should weigh in on this decision. If you are interested to learn more please go here.

Having studied with very non-traditional teachers, Ketchum has also continued to push the more experimental aspects of photographic image making. In 1984, Ketchum entered China through the UCLA-China Exchange Program where he began work with a guild of embroiderers translating his imagery into wall hangings, table screens and standing, multi-panel floor screens. These are extremely complex textiles that take years in their creation and they are an astonishing fusion of contemporary technology and historic (2,500 years of tradition) craft.

As the wet darkroom has given way to the digital one, Ketchum has also transited there and is exploring the expanded breadth of this new world.  Digital Photo Pro magazine has called Ketchum one of the new digital masters and his newest 6ft. x 14ft. digital photographic prints have been displayed in gallery exhibits nationally and at Basel Miami. These recent images are also part of the design inspiration behind Jin Jiang Joy, a new company Ketchum has created to bring images from the natural world to bolt fabric design through photography. 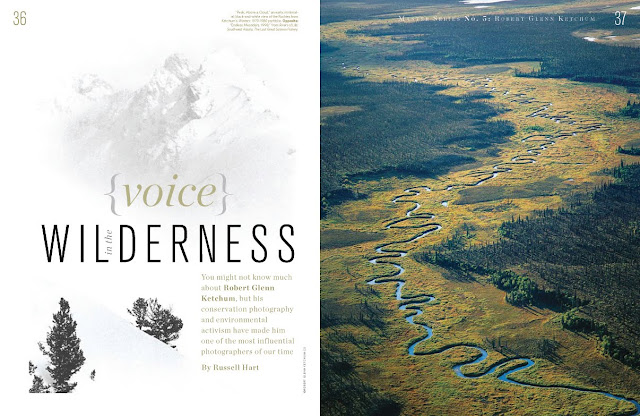 Because Ketchum is seen as a pioneer in using photography and the media in unusual ways with strikingly successful results, American Photo magazine named him one of the 100 most important people in photography in the 1990's and then in 2010, featured him in their infrequent Masters Series. American Photo has only previously honored 4 others in this series in 20-years of publishing, Henri Cartier-Bresson, Richard Avedon, Helmut Newton and Annie Leibovitz, and among them, Ketchum is the only one whose library of imagery is based in nature. Audubon magazine also listed Ketchum as one of the 100 people 'who shaped the environmental movement of the 20th Century.'  Other wide ranging acknowledgments suggest the breadth of the imprint that his work has had: the United Nations Outstanding Environmental Achievement Award; the Josephine and Frank Duveneck Humanitarian Award; the Robert O.  Easton Award for Environmental Stewardship; the UCLA Alumni Award for Excellence in Professional Achievement; the Ansel Adams Award for Conservation Photography; and Outstanding Photographer of the Year (2001) from the North American Nature Photography Association. In January 2011, Ketchum will be presented with the Mentor Award by the Palm Beach Photographic Center and featured in a retrospective exhibit in their beautiful new facility (January 7th to April 3rd).

Aside from his commitment to his art and the environment, Ketchum has had a lifelong dedication to public service founding Advocacy Arts Foundation and serving as board member or councilor to the Alaska Conservation Foundation, the American Land Conservancy, and the Alaska Wildlife Alliance. For 15-years he was Curator of Photography for the National Park Foundation and prior to that served as president, vice-president and board member of the formative Los Angeles Center for Photographic Studies. Currently he is a Founding Fellow and on the Executive Committee of the International League of Conservation Photographers.

For further information, Ketchum may be contacted directly at: RbtGlennKetchum@gmail.com, or visit www.robertglennketchum.com.

Publications not mentioned in this biography include: