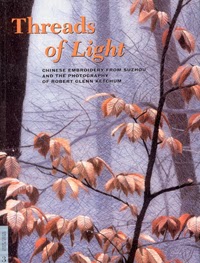 The city of Suzhou, China, produced China's most beautiful silk and silk embroidery practiced by generational families for 3,000 years. My purpose in going to China starting in the mid-1980's was to turn my photographs into textiles, and this is my story. ~Robert Glenn Ketchum 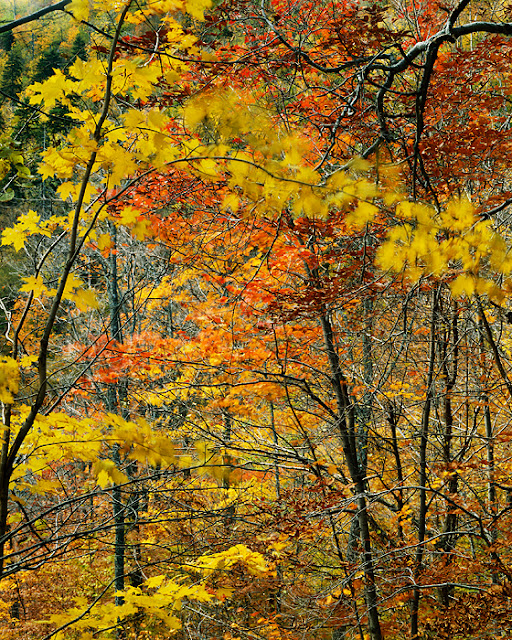 SILK ROAD #215:  In post #199, I teased you with this and explained that my collaborative work with Zhang Meifang and her guild of embroiderers was moving in two directions simultaneously at this time. While “YK Delta from 1500” was been woven on the huge loom created just to make that 4-panel piece (posts #200-215), the above image was being crafted in the embroidery workshop. “YK Delta from 1500” is a weaving that continues to explore the “transparency” of a subject, in that it is a 2-sided weaving, and parts of it bear little or no stitches and are thus, transparent. We have used this “transparency” to render water and sky “space” in many previous pieces, however, we have also spent a great deal of effort on highly detailed and stitch-rich subjects. At first creating them just to accomplish accurately rendering a photograph, but eventually learning to play with various aspects of the stitch design using texture, color, to affect the visual sense of dimensional space. Once Zhang realized how an embroidery can capture the realism in most photographs, both she and I began to enjoy those images where the challenge was increased in some way. From previous work, we both knew this image could be rendered with great detail, but we were curious to see if the illusion of motion could also be represented. Additionally, Zhang felt that if that could be done, it would make the highly rendered details more pronounced and dimensional, so she asked the embroiderers to stitch the forest with GREAT attention to individual branches, leaves, color relations, and textures, to which the blur of motion would be overlain.
photograph(s) © copyright, ROBERT GLENN KETCHUM, 2017, @RbtGlennKetchum @LittleBearProd #LittleBearProd #Embroidery @WesCFA @RSSDesigns
_________________________________________________