World-Renowned Conservation Photographer Robert Glenn Ketchum dedicates Tuesday's to the Natural Resources Defense Council's (@NRDC) successful campaign that kept a whale birthing lagoon from industrial development.  Laguna San Ignacio Gray Whale Nursery in Baja California, Mexico is best known as the winter home to the once-endangered gray whale. The lagoon lies within one of the largest ecological preserves in Latin America, designated a Biosphere Reserve / World Heritage Site by the Mexican government in 1988. This blog is part of that story.  Enjoy! 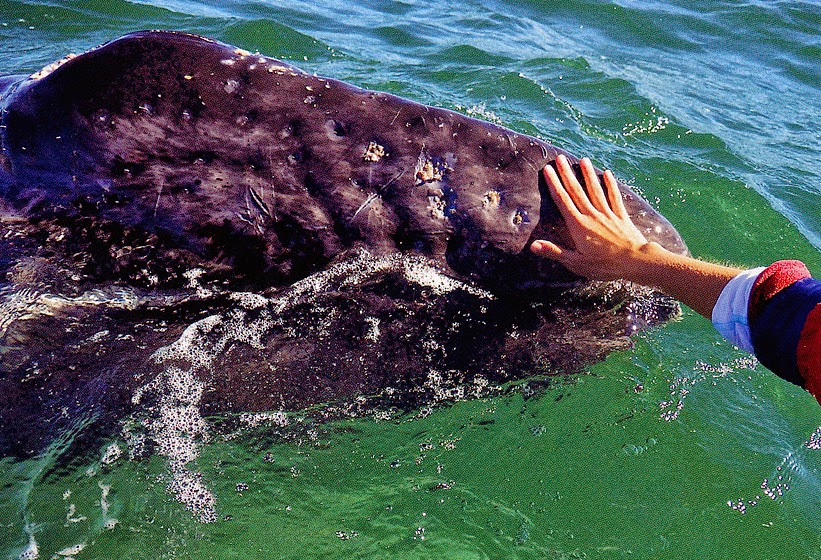 San Ignacio Lagoon: SAVED For the Whales! #90:
SAN IGNACIO WHALES #90: The bottom line is that A LOT OF PEOPLE showed their human concern for the protection of some amazing fellow travelers on this #planet and now the gray #whales of #SanIgnacioLagoon can continue their long history of using this safe haven as their birthing area and nursery! Thank you #JoelReynolds and #NRDC for inviting me to take part in this. Thank you to Bobbie Kennedy and his family, the Aridjis, Glenn Close and her daughter, and Pierce Brosnan and his son for allowing themselves to be figureheads to this #campaign and for allowing all of us the thousands of pictures, interviews, and words that it took. This was a privilege for me, as well as an education.  AND a chance to physically interact with one of the largest minds and creatures on this planet. This is the last post of this story, so I hope you have enjoyed what I have tried to relate and that you will take the opportunity to visit San Ignacio, touch a whale, drink some tequila and cerveza and watch the sun rise and set in shimmering radiance of the tidal fluctuations.
photograph(s) © copyright, ROBERT GLENN KETCHUM, 2014, @RbtGlennKetchum @LittleBearProd #LittleBearProd #SanIgnacioLagoon @NRDC @AudubonMagazine @RobertKennedyJr @PierceBrosnan @JMCousteau @HomeroAridjis @ProNaturaMexico @PentaxOnline @FujiFilmUS