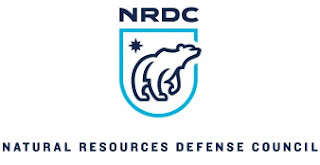 
Re: Northern Dynasty Minerals and the Pebble Mine
Dear Mr. Gorman:

Over the past two months, on behalf of the Natural Resources Defense Council and leaders from the Bristol Bay region of Alaska, we have reached out to you here and here for essentially two reasons:

First, we are concerned that Morgan Stanley continues to be associated publicly as a major shareholder in Northern Dynasty Minerals, the sole owner of one of the most widely condemned projects anywhere today.  The Pebble Mine is a project (1) that threatens the greatest wild sockeye salmon fishery on Earth, (2) that the people of Bristol Bay, by overwhelming numbers for over a decade, have opposed, (3) that four major global mining companies have abandoned, (4) that the World Conservation Congress has condemned by virtually unanimous vote, (5) that Tiffany’s and scores of other jewelry companies have blacklisted, (6) that EPA Administrators from the Presidencies of Nixon, Reagan, George H.W. Bush and George W. Bush have called “the wrong mine in absolutely the wrong place” – and more. While your colleagues have emphasized in reply that Morgan Stanley “does not have a strategic or proprietary investment in the company,” your public profile as a major institutional investor in the company continues to convey a different, however unintended, impression – one of participation in a project that is environmentally destructive, socially irresponsible, and relentlessly opposed by the people of the region. Under the Trump Administration, in disregard of all of this, the project is nearing a permit decision, with Morgan Stanley high on its list of investors.

Second, as is evident on your website, there is no doubt that Morgan Stanley has a commitment to sustainability and sensitivity to the environmental and social concerns that have motivated the diverse, sustained opposition to the Pebble Mine. Indeed, your unambiguous rejection of the kinds of risks that Northern Dynasty and its pursuit of its reckless project pose in a very direct and immediate way to the communities of Bristol Bay is an important consideration in reaching out to you. Pebble’s risks are not an abstract concept nor are they going to go away in the absence of specific, concrete, and public action by leaders like Morgan Stanley – to whom investors look for investment guidance. As you have recognized, this is a matter of sustainable long-term investment, not just fundamental values.

Objectively, the Pebble Mine is a bad social, environmental, and financial investment. Given this, we ask what it is that you and your colleagues at Morgan Stanley hope to hear from Northern Dynasty Minerals, the Army Corps of Engineers, or anyone else that, in the face of this unreasonable risk and broad-based condemnation, could justify proceeding with such a project in such a place? While we have no reason to doubt the assurances of your colleagues that you are “mindful of the impacts,” you will “continue to monitor the project and company,” or that you “remain sensitive to the environmental and social issues” that we’ve raised, we believe that the circumstances demand more than words.

To that end, as Northern Dynasty continues its single-minded pursuit of permits and investors for this uniquely destructive project, we urge you to consider what specific actions Morgan Stanley can take to publicly dissociate itself, its resources, and its services from the Pebble Mine and from the company that owns it.