Weekly Post: THE TONGASS: Stop the Cut, There are Salmon in the Trees (#100-200) by Robert Glenn Ketchum

THE TONGASS:  Stop the Cut, There are Salmon in the Trees
by Robert Glenn Ketchum 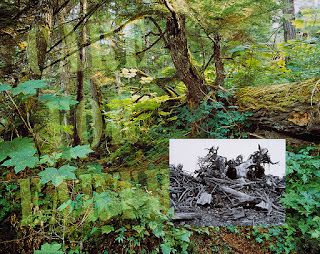 In 1985, I began a 2-year commission to explore the Tongass rainforest, the largest forest in the United States Forest Service (USFS) system AND the largest temperate rainforest in the world. It was a unique, old-growth environment under siege from industrial logging. The resulting investigative book I published helped to pass the Tongass Timber Reform Bill, protect 1,000,000 acres of old-growth, and create 11 new wilderness areas. This is the story of how that was achieved.
~Robert Glenn Ketchum 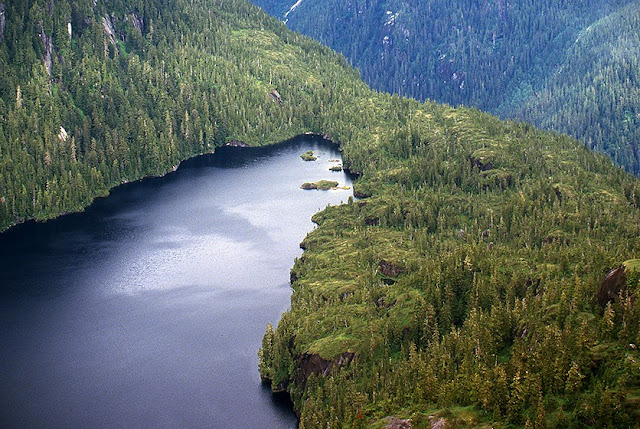 THE TONGASS:  Stop the Cut, There are Salmon in the Trees, #200,
Tongass, #200:  Krys and Jan Cianciarulo, my assistants for the first part of my second summer working on the Tongass rainforest commission, meet me in Ketchikan for a one-night gear check, and the next morning we fly out for Goat Lake in Misty Fjords National Monument. Last summer when I first saw Goat Lake on a flightsee, I was being flown by a pilot that suffered a tragic accident picking up hunters at the US Forest Service cabin on the lake. Although the lake is large with ample room to land, taking off can be trickier, as you need more running room to get airborne. That pilot was taking off after picking up the hunters from the cabin, so the plane was loaded down, and although he finally got airborne, he was very near the end of the lake (seen in this picture). Although he cleared the trees, he was quite low, and when he reached the edge of the fjord wall, he was down-drafted, crashing the plane and killing everyone but himself. On this day, I bring that tale up with our pilot, and he knows the entire incident. He adds that it was a weather related accident as well, because taking off in this direction seldom happens, given the direction the winds normally blow. When we reach the air above the fjord, there is no turbulence, he dips one wing, circles around, and gracefully drops in, to land on the lake. We are soon to be in our new “home” for the next three days, and we are all excited.
photograph(s) © copyright, ROBERT GLENN KETCHUM, 2020, @RobertGKetchum @LittleBearProd #LittleBearProd
Follow Robert Glenn Ketchum's Photographic Activism Online:
LINKEDIN:  linkedin.com/in/RbtGlennKetchum
FACEBOOK:  facebook.com/RobertGlennKetchum
FACEBOOK:  facebook.com/NoPebbleMine.photos
TWITTER:  twitter.com/RobertGKetchum
PINTEREST:  pinterest.com/LittleBearProd
SOCIAL MEDIA by #LittleBearProd:  LittleBearProd
Wach Gallery:  Wach Gallery
____________________________________________________
CONTINUE READING THIS POST »
Posted by LittleBearProd at 10:00 AM No comments: