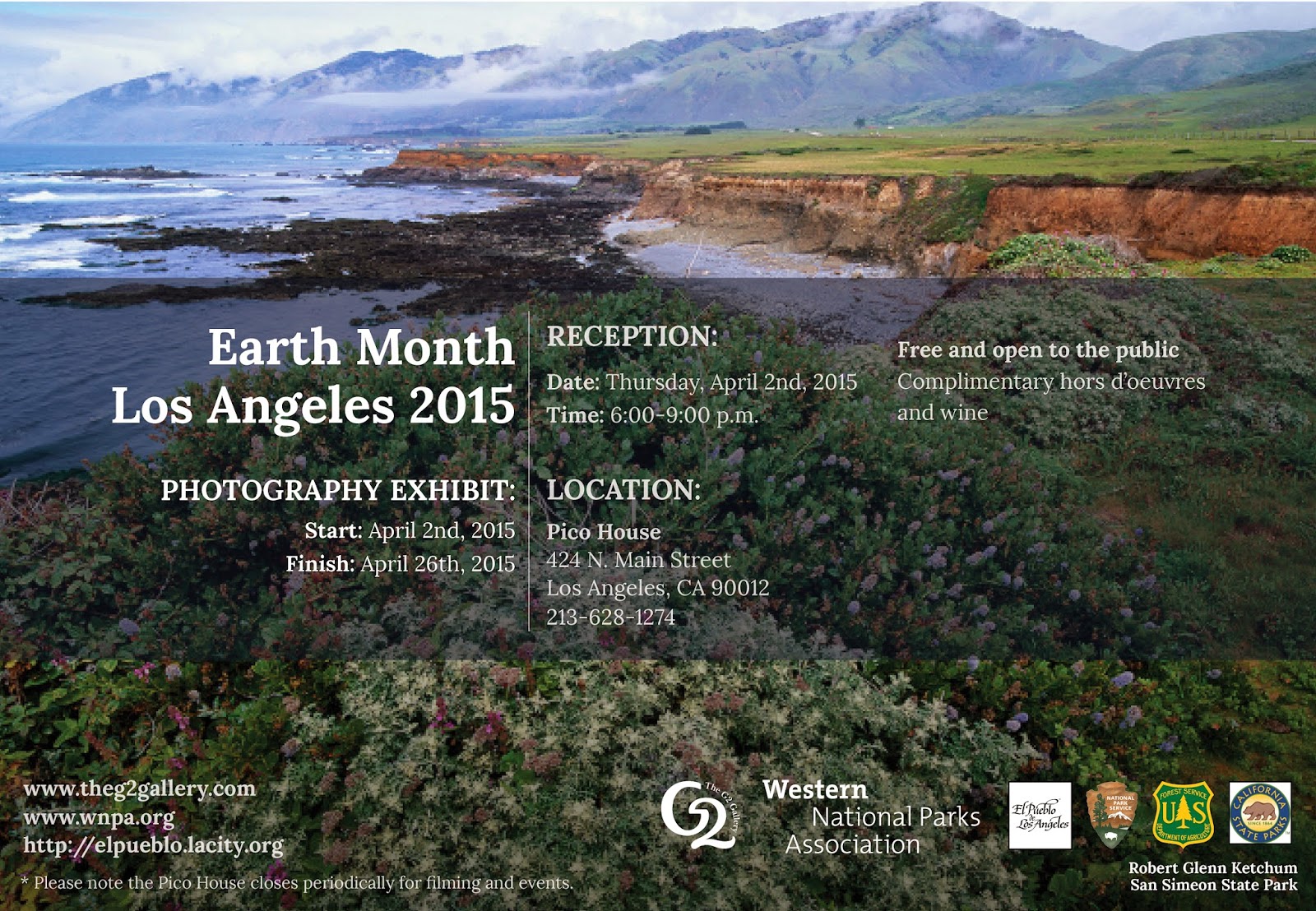 Earth Month Los Angeles 2015 is an inspiring, collective exhibit focused on the protected parks of the United States, featuring images from award-winning photographers, including Jack Dykinga, Robert Glenn Ketchum, Ian Shive, Michael Miner and Louie Schwartzberg. Their subjects range from Mojave National Preserve to the Channel Islands and many more public lands across the country.

The exhibit was envisioned by the Western National Parks Association, The G2 Gallery and El Pueblo de Los Angeles Historical Monument, with the intent of sharing the diverse natural beauty of municipal, state, regional and national parks, while promoting their protection and stewardship. Earth Month Los Angeles 2015 -- housed in the heart of downtown L.A. -- hopes to raise awareness about the variety of public lands accessible to urban residents just outside the city.