Pebble Mine 2015 in Review: 'The Year of Failing Expensively' by Joel Reynolds

Pebble Mine 2015 in Review:  'The Year of Failing Expensively' by Joel Reynolds

The battle to stop the infamous Pebble Mine isn't over, but if you're a shareholder in the embattled project, 2015 was another disappointing year.
In court and in Congress, trying desperately to recharge its reckless scheme for a massive open pit mine in the headwaters of the Bristol Bay wild salmon fishery, The Pebble Partnership ("Pebble") continued throwing good money after bad. In fact, at Pebble headquarters these days, probably the only happy faces belong to the army of Washington, DC lobbyists and lawyers -- including Pebble's DC-based CEO Tom Collier -- who, in 2015, were the most obvious beneficiaries of what little remains of Pebble's cash on hand.
On the other hand, the unprecedented coalition of opposition to the Pebble Mine just kept right on growing -- in success, numbers and resolve: 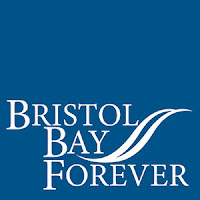 And to top it off, on September 2, in an extraordinary show of support that electrified the community of Dillingham, Alaska -- the Bristol Bay region's largest city, where opposition to the Pebble Mine is virtually unanimous -- the President of the United States stopped by to visit with local salmon fishermen and learn some dance steps from young children assembled at the school gym. This was the first ever visit not only to Dillingham but to Alaska by a sitting U.S. President.

Here are some highlights of 2015, as Pebble's efforts to make friends for its irresponsible scheme -- to enrich its shareholders by impoverishing the people of Bristol Bay -- continue to fail:
In an industry consistently plagued by such events, 2015's twin disasters graphically demonstrate the folly of Pebble's most fundamental claim -- that, if given a chance, it can engineer a mine posing no threat to a healthy Bristol Bay wild salmon fishery and the communities that depend on it. At the same time, these events confirm both the concerns of the Bristol Bay residents and their communities and the findings of EPA's watershed assessment that the Pebble Mine poses an unacceptable (and potentially "catastrophic") risk to the health, environment, economy, and culture of the Bristol Bay region.

A final note:  2015 should have seen the end of the Pebble Mine project. But last year, sadly, the project outlived one of its most determined antagonists, when Bobby Andrew -- Yup'ik elder, longtime spokesperson for Nunamta Aulukestai, and relentless opponent of the Pebble Mine -- died on May 22 at the age of 72. This was a great loss, and he is deeply missed, particularly by his family, his friends, and his community, but also by those of us in the coalition who had the privilege to know and work with him.

But the determination exemplified by Bobby Andrew lives on in the coalition of Pebble opponents, in the region, the states, and around the world, and the delaying tactics so much the focus of Pebble and its lawyers and lobbyists today -- in selfish disregard of the wellbeing and wishes of the people of Bristol Bay -- are doomed ultimately to fail. NRDC remains committed to do whatever is required to support that effort, for as long as it takes, through whatever legal means necessary, for the sake of our collective future. 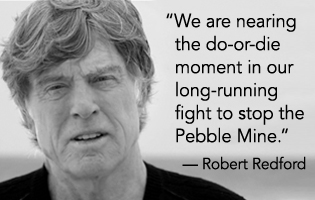 Posted by LittleBearProd at 12:30 PM