As I write this, huge fires with burn areas that measure in square miles are raging out-of-control in CO and AZ; there are currently over 100 fires burning in 11 western states and one in CO is now larger than the state of Rhode Island. In case you forgot, last year New Mexico and Texas had epic firestorms, and the tundra forest around Moscow erupted with more than 100 fires whose smoke trail could be clearly seen from space. The current CO fire is now also visible from space and its smoke plume covers parts of CO, NB, KS, OK, and TX where the haze has merged with the NM fire. Besides destroying homes and lives, these fires will affect air quality and water quality for millions of people. In CO it is also threatening the $10 BILLION-a-year recreation industry. (LATIMES 6/15/12, WILDFIRE THREATENS TO CAST SHADOW ON COLORADO SUMMER by Jenny Deam, John Glionna)

You pay for climate change one way or the other; it is not going away!

There is drought in East Africa causing famine, and another devastating drought in northeastern Brazil - the areas affected are expansive. In other places major flooding worldwide over the last five years has been some of the most destructive and epic in modern history. Bangkok, Jakarta, Hong Kong and numerous major cities in China have been briefly, but literally underwater. Pakistan had a substantial part of one of its most important agricultural areas swept away, and North America has seen increased flooding along major central rivers, and flash-flooding that seems to be increasing in intensity and occurring more widely as well. 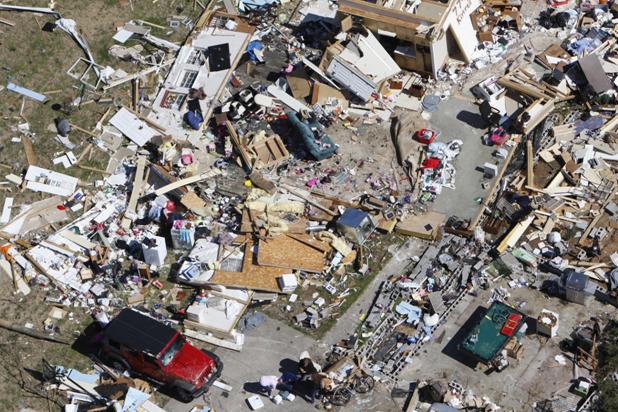 The last two years of tornado damage in North America are among the worst in history also. Especially troubling in regard to these two extreme storm seasons is that not only are tornadoes touching ground in places that seldom if ever see them, but storm size and intensity appear to be increasing along with frequency of occurrence. Natural disaster insurance coverage paid out last year was the highest (by a lot) ever in history, exceeding the previous highest record ever the year before! 2011 natural disasters cost U.S. insurers more than $32 billion.


These particular weather related disasters ­thunderstorms, hail, tornadoes, and flooding ­have a tremendous impact on our citizens and our economy. So I have chosen to write about VIOLENT WEATHER AND ITS RELATIONSHIP TO THE FIRESTORMS because we have now established a causal link between the two.

Several times in the past, I have posted the following link on Facebook, so if you follow me, perhaps you have already seen this:

It is now embedded in my blog so that it will stay present and watchable for those who are interested. Take 1-hour and watch this!

What these researchers have learned is that the particulate matter from ever-bigger fires generates the VERY particular nuclei around which larger hailstones form. Recent hailstorm destruction in the Midwest and CO has been significant. It also appears the firestorms are feeding larger more violent weather systems which in turn cause torrential rain (more flash-flooding), and generates tornadoes. Disturbingly, there is an increase in intense dry electric storms as well, generating ever more fires.