Don't Let Another British Corporation Ruin More of America's Wilderness - NO to the Pebble mine! 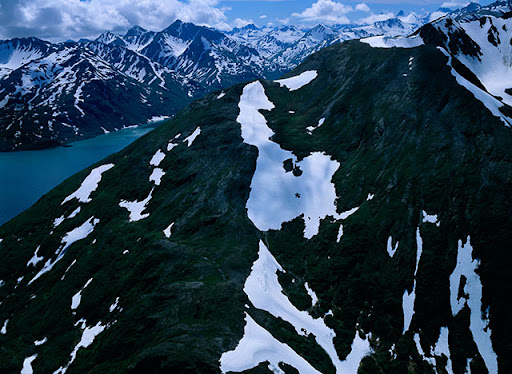 As most of my readers are aware, a few weeks ago Robert F. Kennedy, Jr. and I did an event for the Natural Resources Defense Council condemning the proposed development of the Pebble mine in the headwaters of the Bristol Bay salmon fishery.

That evening, Joel Reynolds, Director of the West Coast NRDC office introduced an audience member, Bob Gillam, who has poured much of his personal resources into defeating the mine, creating things like a very clever 'NO Pebble Mine' pin, and an on-the-ground, grassroots, Alaska-based group called The Renewable Resources Coalition. I wanted to acknowledge Bob and his group with this posting and to pass on a very interesting fact he has discovered.

The Pebble plans project the amount of tailings waste the mine will produce, so Bob and his associates divided the BILLIONS of pounds of tailings from the Pebble mine by the current projected population of the world. If you want to understand the scale of this proposed nightmare hole in the ground, you may want to sit down to hear the results:

For every man, woman and child living on the Earth, the Pebble mine will produce 3,000lbs of tailings. That is not three people together, that is 3,000lbs of tailings for EVERY SINGLE PERSON ON THE PLANET. After this ongoing debacle of the oil spill in the Gulf, and the damage that it will have on the most valuable fishery in the Lower '48, are we really going to allow a Canadian corporation and international gold speculators out of London to wipe out the last healthy fishery Americans have? Isn't BP a British company as well?

Sign this petition to say NO to the Pebble Mine